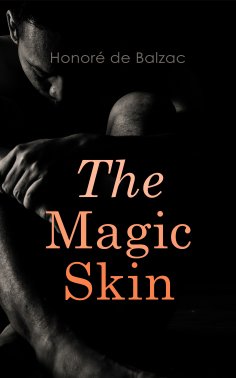 Set in early 19th-century Paris, The Magic Skin tells the story of a young man who finds a magic piece of shagreen that fulfills his every desire. A young man named Raphaël de Valentin wagers his last coin and loses, then proceeds to the river Seine to drown himself. On the way, however, he decides to enter an unusual shop and finds it filled with curiosities from around the world. The elderly shopkeeper leads him to a piece of shagreen hanging on the wall. It is inscribed with "Oriental" writing; the old man calls it "Sanskrit", but it is imprecise Arabic. The skin promises to fulfill any wish of its owner, shrinking slightly upon the fulfillment of each desire. The shopkeeper is willing to let Valentin take it without charge, but urges him not to accept the offer. Valentin waves away the shopkeeper's warnings and takes the skin, wishing for a royal banquet, filled with wine, women, and friends. He is immediately met by acquaintances who invite him to such an event; they spend hours eating, drinking, and talking. But his actions must meet consequences. For each wish granted, the skin shrinks and consumes a portion of his physical energy.