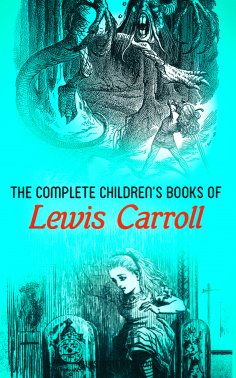 Lewis Carroll is best known for his children's novel "Alice's Adventures in Wonderland" which tells of a young girl named Alice falling through a rabbit hole into a fantasy world populated by peculiar, anthropomorphic creatures. Novel was followed by a sequel "Through the Looking-Glass". He continued to write books for children in prose and poetry. Most of his output was humorous, sometimes satirical, but his standards and ambitions were exacting.
e-artnow presents to you this unique children's books collection, carefully crafted and meticulously edited for your eReader with a functional and detailed table of contents:
Table of Contents:
Alice's Adventures in Wonderland
Through the Looking-Glass, and What Alice Found There
Sylvie and Bruno
Sylvie and Bruno Concluded
Bruno's Revenge and Other Stories
What the Tortoise Said to Achilles
The Hunting of the Snark
Puzzles from Wonderland
The Life and Letters of Lewis Carroll