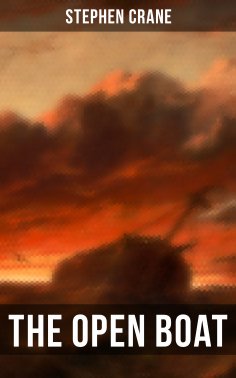 "The Open Boat" is a short story by American author Stephen Crane. First published in 1897, it was based on Crane's experience of surviving a shipwreck off the coast of Florida earlier that year while traveling to Cuba to work as a newspaper correspondent. Crane was stranded at sea for thirty hours when his ship sank after hitting a sandbar. He and three other men were forced to navigate their way to shore in a small boat. Crane's personal account of the shipwreck and the men's survival, titled "Stephen Crane's Own Story", was first published a few days after his rescue.
Stephen Crane (1871-1900) was an American novelist, short-story writer, and poet who is often called the first modern American writer. Crane was a correspondent in the Greek-Turkish War and the Spanish American War, penning numerous articles, war reports and sketches. In addition to six novels, Crane wrote over a hundred short stories including "The Blue Hotel," "The Bride Comes to Yellow Sky," and "The Open Boat."