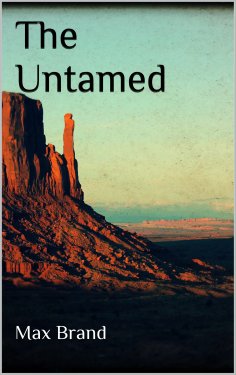 Even to a high-flying bird this was a country to be passed over quickly. It was burned and brown, littered with fragments of rock, whether vast or small, as if the refuse were tossed here after the making of the world. A passing shower drenched the bald knobs of a range of granite hills and the slant morning sun set the wet rocks aflame with light. In a short time the hills lost their halo and resumed their brown. The moisture evaporated. The sun rose higher and looked sternly across the desert as if he searched for any remaining life which still struggled for existence under his burning course.
And he found life. Hardy cattle moved singly or in small groups and browsed on the withered bunch grass. Summer scorched them, winter humped their backs with cold and arched up their bellies with famine, but they were a breed schooled through generations for this fight against nature. In this junk-shop of the world, rattlesnakes were rulers of the soil. Overhead the buzzards, ominous black specks pendant against the white-hot sky, ruled the air.
It seemed impossible that human beings could live in this rock- wilderness. If so, they must be to other men what the lean, hardy cattle of the hills are to the corn-fed stabled beeves of the States.