The Strange High House in the Mist, Sweet Ermengarde, The Temple, The Tomb 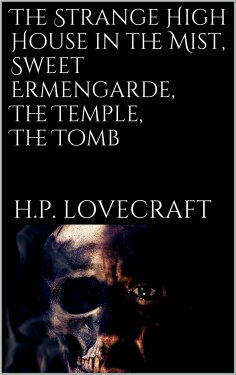 In the morning mist comes up from the sea by the cliffs beyond Kingsport. White and feathery it comes from the deep to its brothers the clouds, full of dreams of dank pastures and caves of leviathan. And later, in still summer rains on the steep roofs of poets, the clouds scatter bits of those dreams, that men shall not live without rumour of old, strange secrets, and wonders that planets tell planets alone in the night. When tales fly thick in the grottoes of tritons, and conches in seaweed cities blow wild tunes learned from the Elder Ones, then great eager mists flock to heaven laden with lore, and oceanward eyes on the rocks see only a mystic whiteness, as if the cliff's rim were the rim of all earth, and the solemn bells of buoys tolled free in the aether of faery.