From Beyond, He, Herbert West-Reanimator 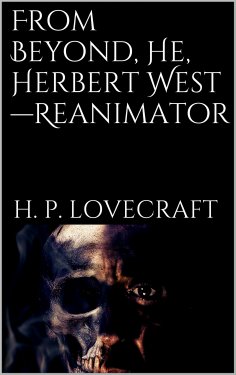 Horrible beyond conception was the change which had taken place in my best friend, Crawford Tillinghast. I had not seen him since that day, two months and a half before, when he had told me toward what goal his physical and metaphysical researches were leading; when he had answered my awed and almost frightened remonstrances by driving me from his laboratory and his house in a burst of fanatical rage. I had known that he now remained mostly shut in the attic laboratory with that accursed electrical machine, eating little and excluding even the servants, but I had not thought that a brief period of ten weeks could so alter and disfigure any human creature. It is not pleasant to see a stout man suddenly grown thin, and it is even worse when the baggy skin becomes yellowed or greyed, the eyes sunken, circled, and uncannily glowing, the forehead veined and corrugated, and the hands tremulous and twitching.