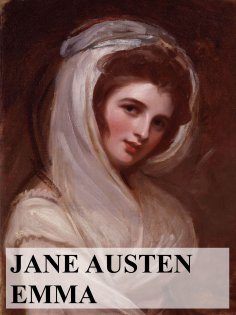 Emma, by Jane Austen, is a novel about youthful hubris and the perils of misconstrued romance.

The story takes place in the fictional village of Highbury and the surrounding estates of Hartfield, Randalls, and Donwell Abbey and involves the relationships among individuals in those locations.

The novel was first published in December 1815 while the author was alive, with its title page listing a publication date of 1816.
(from wikipedia.org)

Her use of biting irony, along with her realism, humour, and social commentary, have long earned her acclaim among critics, scholars, and popular audiences alike. (from wikipedia.org)