Gulliver's Travels into Several Remote Nations of the World 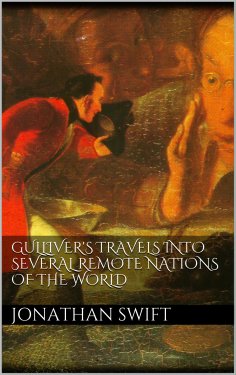 Indeed I must confess, that as to the people of Lilliput, Brobdingrag (for so the word should have been spelt, and not erroneously Brobdingnag), and Laputa, I have never yet heard of any Yahoo so presumptuous as to dispute their being, or the facts I have related concerning them; because the truth immediately strikes every reader with conviction. And is there less probability in my account of the Houyhnhnms or Yahoos, when it is manifest as to the latter, there are so many thousands even in this country, who only differ from their brother brutes in Houyhnhnmland, because they use a sort of jabber, and do not go naked? I wrote for their amendment, and not their approbation. The united praise of the whole race would be of less consequence to me, than the neighing of those two degenerate Houyhnhnms I keep in my stable; because from these, degenerate as they are, I still improve in some virtues without any mixture of vice.
Do these miserable animals presume to think, that I am so degenerated as to defend my veracity? Yahoo as I am, it is well known through all Houyhnhnmland, that, by the instructions and example of my illustrious master, I was able in the compass of two years (although I confess with the utmost difficulty) to remove that infernal habit of lying, shuffling, deceiving, and equivocating, so deeply rooted in the very souls of all my species; especially the Europeans.
I have other complaints to make upon this vexatious occasion; but I forbear troubling myself or you any further. I must freely confess, that since my last return, some corruptions of my Yahoo nature have revived in me by conversing with a few of your species, and particularly those of my own family, by an unavoidable necessity; else I should never have attempted so absurd a project as that of reforming the Yahoo race in this kingdom: But I have now done with all such visionary schemes for ever.
April 2, 1727