The Journal to Stella 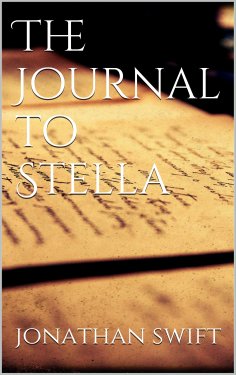 The history of the publication of the Journal to Stella is somewhat curious. On Swift's death twenty-five of the letters, forming the closing portion of the series, fell into the hands of Dr. Lyon, a clergyman who had been in charge of Swift for some years. The letters passed to a man named Wilkes, who sold them for publication. They accordingly appeared in 1766 in the tenth volume of Dr. Hawkesworth's quarto edition of Swift's works; but the editor made many changes in the text, including a suppression of most of the "little language." The publishers, however, fortunately for us, were public-spirited enough to give the manuscripts (with one exception) to the British Museum, where, after many years, they were examined by John Forster, who printed in his unfinished Life of Swift numerous passages from the originals, showing the manner in which the text had been tampered with by Hawkesworth. Swift himself, too, in his later years, obliterated many words and sentences in the letters, and Forster was able to restore not a few of these omissions. His zeal, however, sometimes led him to make guesses at words which are quite undecipherable.