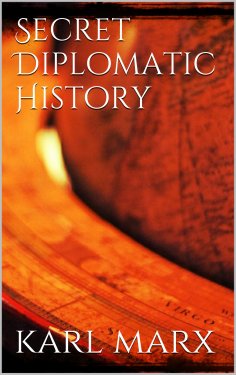 To understand a limited historical epoch, we must step beyond its limits, and compare it with other historical epochs. To judge Governments and their acts, we must measure them by their own times and the conscience of their contemporaries. Nobody will condemn a British statesman of the 17th century for acting on a belief in witchcraft, if he find Bacon himself ranging demonology in the catalogue of science. On the other hand, if the Stanhopes, the Walpoles, the Townshends, etc., were suspected, opposed, and denounced in their own country by their own contemporaries as tools or accomplices of Russia, it will no longer do to shelter their policy behind the convenient screen of prejudice and ignorance common to their time. At the head of the historical evidence we have to sift, we place, therefore, long-forgotten English pamphlets printed at the very time of Peter I. These preliminary pièces des procès we shall, however, limit to three pamphlets, which, from three different points of view, illustrate the conduct of England towards Sweden. The first, the Northern Crisis (given in Chapter II.), revealing the general system of Russia, and the dangers accruing to England from the Russification of Sweden; the second, called The Defensive Treaty, judging the acts of England by the Treaty of 1700; and the third, entitled Truth is but Truth, however it is Timed, proving that the new-fangled schemes which magnified Russia into the paramount Power of the Baltic were in flagrant opposition to the traditionary policy England had pursued during the course of a whole century.