The History of the Revolution & The Communist Manifesto 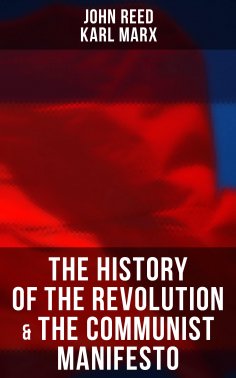 "The History of the Revolution" is a book by the American journalist and socialist John Reed about the October Revolution in Russia in 1917. Reed who was on an assignment for The Masses, a magazine of socialist politics, followed many of the prominent Bolshevik leaders closely during his time in Russia. Reed's reports, on which this book is based, are valuable source of the first-hand information about the events that occurred in Russia in the fall of 1917.
This edition includes "The Communist Manifesto" which will provide an analytical approach to the class struggle and the justification for the Revolution.