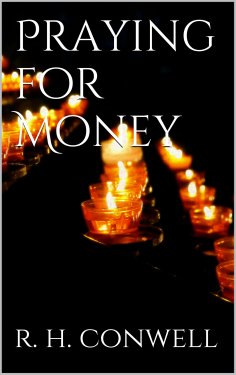 IN all the forty years of praying, of which only a partial record could be kept, there was no topic more satisfactory than the experience of such a large company in praying for money. There was no prearranged plan of procedure and no speculative purpose to obtain the help of God in the accumulation of property. But for some reason, which is not now recalled, there was given out for an evening's meditation the topic, "Shall we pray for money?" There was a strong division of opinion, some asserting that we are not authorized to pray for anything but for the Holy Spirit. Others asserted with complete confidence that prayer should be made for anything which we felt we needed. The majority appeared to be assured that men must work and seek only "the kingdom of God," and that they should believe that all other things would be given from God as we should have need. Fortunately or providentially the men and women who held to the theory that God commands his disciples to pray for money determined to put the matter to a fair test. They were led by a consecrated deacon, at whose house they held the weekly meetings. They did not ask the Lord for money at first, but prayed daily for instruction on the important question whether it was a duty, or was permissible, for men to pray for success in their secular business. There were four men and several business women whose experience was especially valuable. One of them was the owner or partner in a bookbindery. The company of believers devoted an entire evening to prayer for the prosperity of his business. They agreed, further, to pray for that one thing in unison at twelve o'clock each day for one week. The conditions were especially for observation, as the owner of the business was a devout, unselfish Christian who had determined, years before, to give a tenth of all his income to the Lord's work, and he stood willing to give his all if any good cause demanded such a sacrifice.