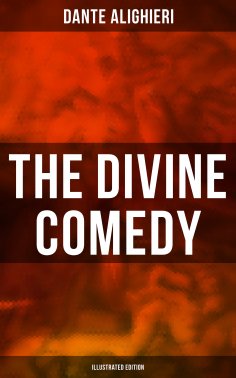 This carefully crafted ebook: "Divine Comedy (Complete Edition)" is formatted for your eReader with a functional and detailed table of contents.
The Divine Comedy is a long narrative poem by Dante Alighieri, begun c. 1308 and completed in 1320, a year before his death in 1321. It is widely considered to be the preeminent work in Italian literature and one of the greatest works of world literature. The poem's imaginative vision of the afterlife is representative of the medieval world-view as it had developed in the Western Church by the 14th century. The narrative describes Dante's travels through Hell, Purgatory, and Paradise or Heaven, while allegorically the poem represents the soul's journey towards God. Dante draws on medieval Christian theology and philosophy, especially Thomistic philosophy and the Summa Theologica of Thomas Aquinas. Consequently, the Divine Comedy has been called "the Summa in verse". In Dante's work, Virgil is presented as human reason and Beatrice is presented as divine knowledge. This edition brings to you the inimitable translation of Divine Comedy by Henry Francis Cary and is accompanied by the beautiful illustrations of Gustave Doré.