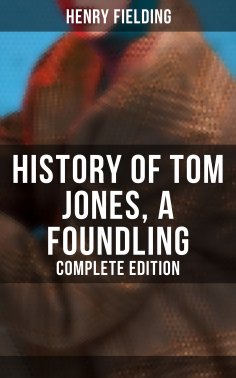 This eBook has been formatted to the highest digital standards and adjusted for readability on all devices. Tom Jones or, The History of Tom Jones, a Foundling is a comic novel by English playwright and novelist Henry Fielding. It is both a Bildungsroman and a picaresque novel. It was first published on 28 February 1749 in London, and is among the earliest English prose works to be classified as a novel. It is the earliest novel mentioned by W. Somerset Maugham in his 1948 book Great Novelists and Their Novels among the ten best novels of the world. The novel is highly organized, despite its length. Samuel Taylor Coleridge argued that it has one of the "three most perfect plots ever planned." Tom Jones is generally regarded as Fielding's greatest book and as a very influential English novel.