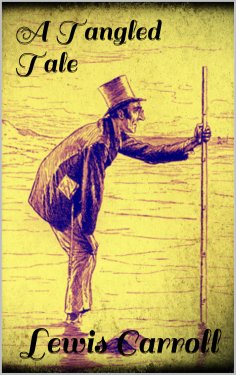 "Goblin, lead them up and down."
The ruddy glow of sunset was already fading into the sombre shadows of night, when two travellers might have been observed swiftly-at a pace of six miles in the hour-descending the rugged side of a mountain; the younger bounding from crag to crag with the agility of a fawn, while his companion, whose aged limbs seemed ill at ease in the heavy chain armour habitually worn by tourists in that district, toiled on painfully at his side.
As is always the case under such circumstances, the younger knight was the first to break the silence.
"A goodly pace, I trow!" he exclaimed. "We sped not thus in the ascent!"
"Goodly, indeed!" the other echoed with a groan. "We clomb it but at three miles in the hour."
"And on the dead level our pace is-?" the younger suggested; for he was weak in statistics, and left all such details to his aged companion.