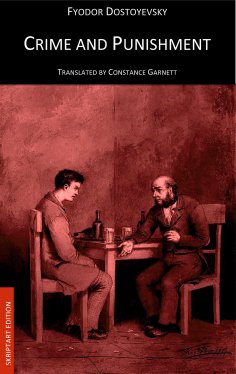 Rodion Romanovich Raskolnikov, a former law student, lives in extreme poverty in a tiny, rented room in Saint Petersburg. He has abandoned all attempts to support himself and has devised a plan to murder and rob an elderly pawn-broker, Alyona Ivanovna. While still considering the plan, Raskolnikov makes the acquaintance of Semyon Zakharovich Marmeladov, a drunkard who recently squandered his family's little wealth. Marmeladov tells him about his teenage daughter, Sonya, who has chosen to become a prostitute in order to support the family. Raskolnikov also receives a letter from his mother in which she speaks of their coming visit to Saint Petersburg, and describes at length the problems of his sister Dunya, who has been working as a governess, with her ill-intentioned employer. To escape her vulnerable position, and with hopes of helping her brother, Dunya has chosen to marry a wealthy suitor. Raskolnikov is inwardly enraged at her sacrifice, feeling it is the same as what Sonya felt compelled to do.

Fyodor Mikhailovich Dostoyevsky was a Russian novelist, short story writer, essayist, journalist and philosopher. Dostoevsky's literary works explore human psychology in the troubled political, social, and spiritual atmospheres of 19th-century Russia, and engage with a variety of philosophical and religious themes. His most acclaimed works include "Crime and Punishment" (1866), "The Idiot" (1869), "Demons" (1872) and "The Brothers Karamazov" (1880).