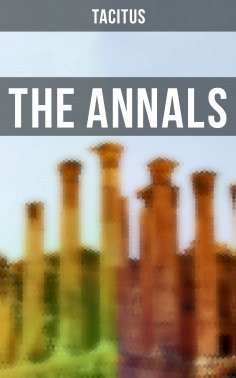 This eBook edition of Tacitus' Annals has been formatted to the highest digital standards and adjusted for readability on all devices.
The Annals by Roman historian and senator Tacitus is a history of the Roman Empire from the death of Augustus to that of Nero, the years AD 14–68, covering the reigns of Tiberius, Caligula, Claudius and Nero. As a senator, Tacitus had access to Acta Senatus, the Roman senate's records, thus providing a solid basis for his work. The Annals provide a key source for modern understanding of the history of the Roman Empire during the 1st century AD.