The Histories & The Annals 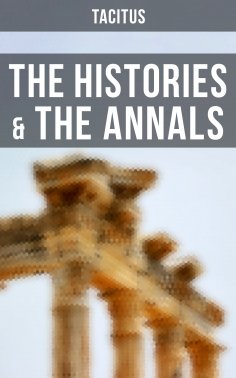 "The Histories" is a Roman historical chronicle and it covers the Year of Four Emperors following the downfall of Nero in 68 AD, a year in the history of the Roman Empire in which four emperors ruled in succession: Galba, Otho, Vitellius, and Vespasian. The mode of their accession showed that because imperial power was based on the support of the legions, an emperor could now be chosen not only at Rome, but anywhere in the empire where sufficient legions were amassed. The style of narration is rapid, reflecting the speed of the events. The narrative rhythm leaves no space to slow down or digress. To write effectively in this style, Tacitus had to summarize substantial information from his sources.
"The Annals" is a history of the Roman Empire from the death of Augustus to that of Nero, the years AD 14–68, covering the reigns of Tiberius, Caligula, Claudius and Nero. As a senator, Tacitus had access to Acta Senatus, the Roman senate's records, thus providing a solid basis for his work. Along with The Histories, The Annals provide a key source for modern understanding of the history of the Roman Empire during the 1st century AD.