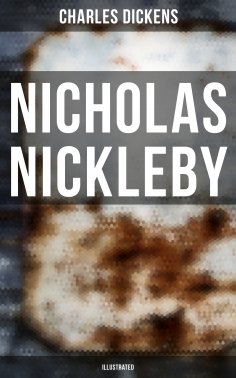 This eBook has been formatted to the highest digital standards and adjusted for readability on all devices.
The Life and Adventures of Nicholas Nickleby tells the story of a young man who must support his mother and sister, as his father dies unexpectedly after losing all of his money in a poor investment. Nicholas, his mother and his younger sister, Kate, are forced to give up their comfortable lifestyle in Devonshire and travel to London to seek the aid of their only relative, Nicholas's uncle Ralph, a cold and ruthless businessman. Nicholas starts working as a tutor in an abusive all-boys boarding school, but that is only the beginning of his adventures and misadventures.