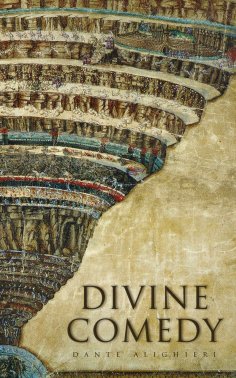 The Divine Comedy is widely considered to be the preeminent work in Italian literature and one of the greatest works of world literature. The poem's imaginative vision of the afterlife is representative of the medieval world-view of the 14th century. The first-person narrative describes Dante's travels through Hell, Purgatory, and Paradise or Heaven, while allegorically the poem represents the soul's journey towards God. In Dante's work, Virgil is presented as human reason and Beatrice is presented as divine knowledge. This edition contains the famed illustrations by Gustave Doré which is matched by the inimitable translation of H. W. Longfellow, the first and formidable American translator of the Divine Comedy who is still considered as one of the best translators of this great classic.

Dante Alighieri (1265 – 1321), was a major Italian poet of the Late Middle Ages. In the late Middle Ages, most poetry was written in Latin, accessible only to the most educated readers however, Dante defended use of the vernacular in literature. Dante was instrumental in establishing the literature of Italy, and his depictions of Hell, Purgatory, and Heaven provided inspiration for the larger body of Western art. He is cited as an influence on John Milton, Geoffrey Chaucer and Alfred Tennyson, among many others.