The Color Out Of Space, The Dreams In The Witch House 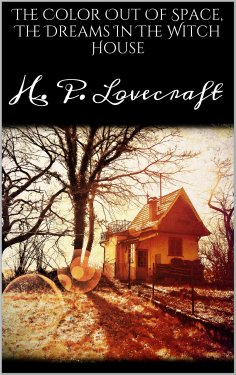 Whether the dreams brought on the fever or the fever brought on the dreams Walter Gilman did not know. Behind everything crouched the brooding, festering horror of the ancient town, and of the moldy, unhallowed garret gable where he wrote and studied and wrestled with figures and formulae when he was not tossing on the meager iron bed. His ears were growing sensitive to a preternatural and intolerable degree, and he had long ago stopped the cheap mantel clock whose ticking had come to seem like a thunder of artillery. At night the subtle stirring of the black city outside, the sinister scurrying of rats in the wormy partitions, and the creaking of hidden timbers in the centuried house, were enough to give him a sense of strident pandemonium. The darkness always teemed with unexplained sound-and yet he sometimes shook with fear lest the noises he heard should subside and allow him to hear certain other fainter noises which he suspected were lurking behind them.