Murder on the green 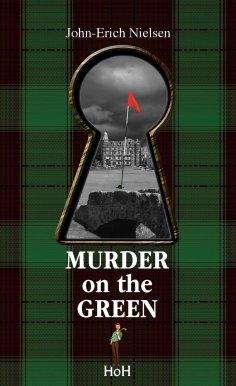 Amanda Nelson is found buried in a bunker at St Andrews Golf Course...Amanda Nelson is dead… She was the mistress of Will Tyron Jr., the world's number 1 golfer. And the daughter of General Boyle, a military advisor to the former President of the United States. Passion surrounds this woman… Too much passion: she was found buried in a bunker at St Andrews Golf Course, her head bashed in…"I still shiver when I think back on the start of the investigation… I was quite far from imagining at that time that the investigation would lead me from the Scottish coast, through Georgia and the mugginess of the American South, to a wind-beaten Irish Moor. And how could I have expected what was going to happen there? My goodness! It was going to be a test of my mettle…" Archibald Sweeney – Criminal Investigation Department, EdinburghThe French Golf Federation selected “Murder on the Green” as its gift of the year.Discover a investigation that will lead you from the Scottish coast, through Georgia and the mugginess of the American South, to a wind-beaten Irish Moor.EXTRACT“Yes and look at that, how the skull has been pushed in. It went right in, Jesus! Oh well… He didn’t suffer.” “That’s for sure…” replied Sweeney pensively. “Okay, we’re going back up,” McDermott abruptly decided, having reached the limits of his tolerance to humidity. As the two men struggled up the incline and removed their disposable gloves, General Boyle called out to them: “So?” “Buddy Nelson’s dead… Murdered,” announced McDermott in a monotone. When Robby Elster heard the news, blood did not drain from his face, as he was already livid with worry. The player opted to turn away. He bent his head and put his hands on his hips as though trying to recover from a punch to the stomach. As for General Boyle, he burst out: “Oh, damn it! Is this an epidemic or what? And the tournament starts in three hours… Robby, are you going to play?” Without even looking at him, Robby shook his head. “Okay, I understand. We’ll send out a press release to the effect that, for personal reasons, etc.” Then turning to the policemen: “Gentlemen, I’m counting on you to keep this quiet. Not a hint of it to the media, okay? The show must go on… By the way, Lieutenant, will your team be here soon?” continued the general.ADVICESA detective story for anyone who's ever wanted to kill their partner! - Golf MagazineA mystery story in the best tradition with a well-built plot. A new hero to discover. -www.rayonpolar.comA captivating detective story! - FairwaysThe plot brings together the best American golfers. - Golf Européen