In Search of the Castaways; or Captain Grant's Children 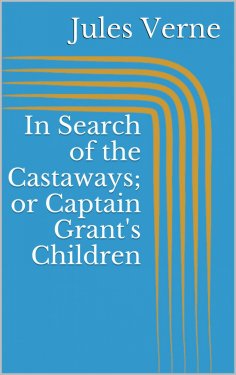 "In Search of the Castaways" (French: "Les Enfants du capitaine Grant", lit. "The Children of Captain Grant") is a novel by the French writer Jules Verne, published in 1867–1868. The original edition, published by Hetzel, contains a number of illustrations by Édouard Riou. In 1876 it was republished by George Routledge & Sons as a three volume set titled "A Voyage Round The World". The three volumes were subtitled "South America", "Australia", and "New Zealand". (As often with Verne, English translations have appeared under different names; another edition has the overall title "Captain Grant's Children" and has two volumes subtitled "The Mysterious Document" and "Among the Cannibals".)