The Devil in Iron 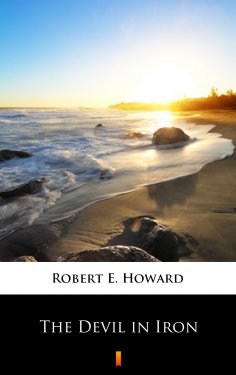 The fisherman loosened his knife in its scabbard. The gesture was instinctive, for what he feared was nothing a knife could slay, not even the saw-edged crescent blade of the Yuetshi that could disembowel a man with an upward stroke. Neither man nor beast threatened him in the solitude which brooded over the castellated isle of Xapur.