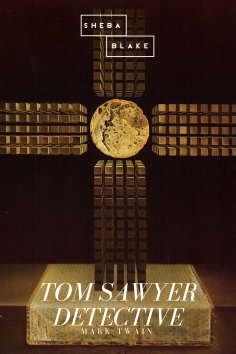 Tom Sawyer Detective is a novel by Mark Twain. It is a sequel to Tom Sawyer (1876) and Adventures of Huckleberry Finn (1884), and a prequel to Tom Sawyer Abroad (1894). Tom Sawyer attempts to solve a mysterious murder in this burlesque of the immensely popular detective novels of the time. Like Adventures of Huckleberry Finn, the story is told using the first-person narrative voice of Huck Finn. In 1909, Danish schoolmaster Valdemar Thoresen claimed, in an article in the magazine Maaneds, that the plot of the book had been plagiarized from Steen Blicher's story The Vicar of Weilby. Blicher's work had been translated into German, but not into English, and Twain's secretary wrote Mr. Thoresen a letter, stating, "Mr. Clemens is not familiar with Danish and does not read German fluently, and has not read the book you mention, nor any translation or adaptation of it that he is aware of. The matter constituting 'Tom Sawyer, Detective,' is original with Mr. Clemens, who has never been consciously a plagiarist." In fact, if the story were taken from any tale, it would actually be from a real one—in an introductory passage, Twain notes "Strange as the incidents of this story are, they are not inventions, but facts—even to the public confession of the accused. I take them from an old-time Swedish criminal trial, change the actors, and transfer the scenes to America. I have added some details, but only a couple of them are important ones."