The Memories of Life Before the Juneteenth 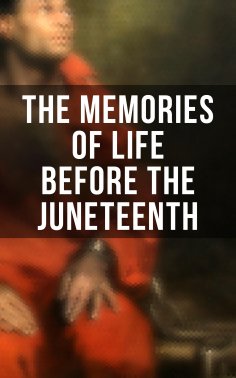 Musaicum Books presents to you a unique collection of the recorded testimonies of former slaves, memoirs, historical studies, reports of the life and laws in the south, legislation on civil rights, as well as popular fiction which unveiled the injustice and horrors of slavery to the masses:
Slave Narratives
Narrative of the Life of Frederick Douglass
The Underground Railroad
Harriet: The Moses of Her People
12 Years a Slave
Life, Last Words and Dying Speech of Stephen Smith Who Was Executed for Burglary
From the Darkness Cometh the Light
Up From Slavery
Willie Lynch Letter
Confessions of Nat Turner
Narrative of Sojourner Truth
Incidents in the Life of a Slave Girl
History of Mary Prince
Running a Thousand Miles for Freedom
Thirty Years a Slave
The Interesting Narrative of the Life of Olaudah Equiano
Behind The Scenes
Father Henson's Story of His Own Life
Fifty Years in Chains
Twenty-Two Years a Slave and Forty Years a Freeman
Narrative of the Life and Adventures of Henry Bibb
Story of Mattie J. Jackson
A Slave Girl's Story
Narrative of the Life of Moses Grandy
Narrative of the Life of Henry Box Brown, Who Escaped in a 3x2 Feet Box
Memoir and Poems of Phillis Wheatley
Buried Alive For a Quarter of a Century
Historical Documents:
Emancipation Proclamation (January 1, 1863)
Thirteenth Amendment to the United States Constitution (1865)
Civil Rights Act of 1866
Fourteenth Amendment to the United States Constitution (1868)
Reconstruction Acts (1867-1868)
Fifteenth Amendment to the United States Constitution (1870)
Studies:
Captain Canot
History of American Abolitionism
Pictures of Slavery in Church and State
Report on Charge of Aiding and Abetting in the Rescue of a Fugitive Slave
Southern Horrors: Lynch Law in All Its Phases
Duty of Disobedience to the Fugitive Slave Act
Pearl Incident
Novels:
Oroonoko
Uncle Tom's Cabin
Adventures of Huckleberry Finn
Heroic Slave
Slavery's Pleasant Homes
Our Nig
Clotelle
Marrow of Tradition
Autobiography of an Ex-Colored Man
A Fool's Errand
Bricks Without Straw
Imperium in Imperio
The Hindered Hand