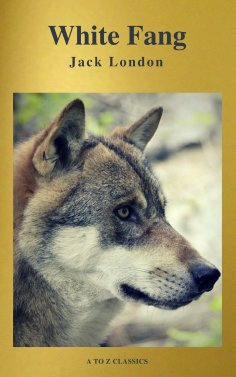 When White Fang was first published in 1906, Jack London was well on his way to becoming one of the most famous, popular, and highly paid writers in the world. White Fang stands out as one of his finest achievements, a spellbinding novel of life in the northern wilds.
In gripping detail, London bares the savage realities of the battle for survival among all species in a harsh, unyielding environment. White Fang is part wolf, part dog, a ferocious and magnificent creature through whose experiences we see and feel essential rhythms and patterns of life in the animal kingdom and among mankind as well.
It is, above all, a novel that keenly observes the extraordinary working of one of nature's greatest gifts to its creatures: the power to adapt. Focusing on this wondrous process, London created in White Fang a classic adventure story as fresh and appealing for today's audiences as for those who made him among the bestselling novelists of his day.