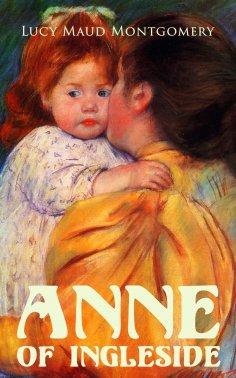 Seven years after her wedding with Gilbert, Anne visits her old friend Diana Wright and her daughter in Avonlea, following the funeral of Gilbert's father. When she returns home to the old Morgan house, now named "Ingleside", she is greeted by her five children: 'Jem', the eldest, aged seven; Walter Cuthbert, who is about six; twins 'Nan' and 'Di', who are five and look nothing alike; and finally Shirley, two years old and a favorite of their housekeeper Susan. In the next couple of years Anne and Gilbert's youngest child 'Rilla' is born. The novel includes a series of adventures which spotlight Anne's children as they engage in the misunderstandings and mishaps of youth.