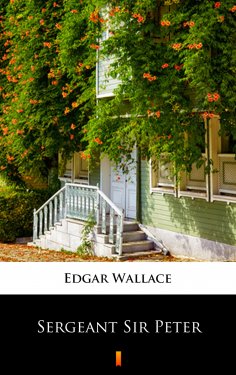 One of the most prolific writers of the twentieth century, Edgar Wallace was an immensely popular author, who created exciting thrillers spiced with tales of treacherous crooks and hard-boiled detectives. Wallace’s „Sergeant Sir Peter” is a collection of stories about an aristocratic young man who becomes a Police Sergeant. Despite this conceit, this collection is much more realistic about life in Britain than many Golden Age works. The stories deal sympathetically with people who are discriminated against in British society: Indians, women, and the working poor. Wallace bluntly shows discrimination against racial minorities, and the oppression of women. He also delights in exposing the flaws of the rich and there is also an emphasis on the financial needs of workers.