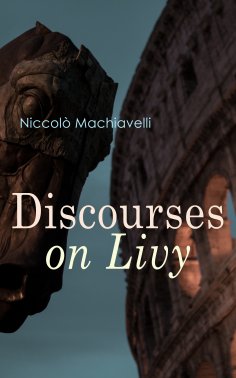 Machiavelli saw history in general as a way to learn useful lessons from the past for the present, and also as a type of analysis which could be built upon, as long as each generation did not forget the works of the past. In "Discourses on Livy" Machiavelli discusses what can be learned from roman period and many other eras as well, including the politics of his lifetime. This is a work of political history and philosophy written in the early 16th. The title identifies the work's subject as the first ten books of Livy's Ab urbe condita, which relate the expansion of Rome through the end of the Third Samnite War in 293 BC.

Niccolò di Bernardo dei Machiavelli (1469 – 1527) was an Italian diplomat, politician, historian, philosopher, humanist, and writer. He has often been called the father of modern political science. He was for many years a senior official in the Florentine Republic, with responsibilities in diplomatic and military affairs. He served as a secretary to the Second Chancery of the Republic of Florence from 1498 to 1512, when the Medici were out of power.He wrote his most well-known work The Prince in 1513, having been exiled from city affairs.