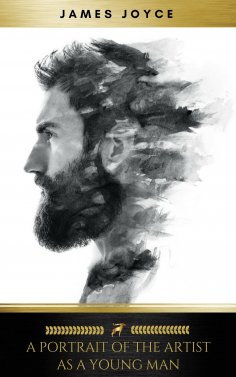 A Portrait of the Artist as a Young Man is a semi-autobiographical novel by James Joyce, first serialized in The Egoist from 1914 to 1915 and published in book form in 1916. It depicts the formative years in the life of Stephen Dedalus, a fictional alter ego of Joyce and a pointed allusion to the consummate craftsman of Greek mythology, Daedalus.

A Portrait is a key example of the Künstlerroman (an artist's bildungsroman) in English literature. Joyce's novel traces the intellectual and religio-philosophical awakening of young Stephen Dedalus as he begins to question and rebel against the Catholic and Irish conventions he has been brought up in. He finally leaves for Paris to pursue his calling as an artist. The work pioneers some of Joyce's modernist techniques that would later come to fruition in Ulysses and Finnegans Wake. The Modern Library ranked Portrait as the third greatest English-language novel of the twentieth century.