Pride and Prejudice & Sense and Sensibility 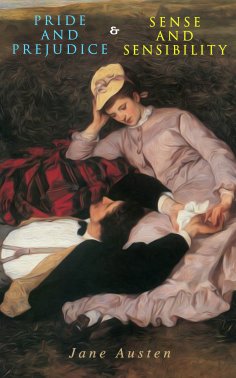 This carefully crafted ebook: "Pride and Prejudice & Sense and Sensibility" is formatted for your eReader with a functional and detailed table of contents.
"Pride and Prejudice" – Mr. Bennet of the Longbourn estate has five daughters, but his property is entailed, meaning that none of the girls can inherit it. His wife has no fortune, so it is imperative that at least one of the girls marry well in order to support the others on his death. The story charts the emotional development of Elizabeth Bennet who learns the error of making hasty judgments and comes to appreciate the difference between the superficial and the essential.
"Sense and Sensibility" – When Mr. Henry Dashwood dies, his house, Norland Park, must pass directly to his grandson, the son of John Dashwood, the child of the elder Dashwood's first wife. His second wife, Mrs. Dashwood, and their daughters, Elinor, Marianne and Margaret, inherit only a small income, but John makes a promise to his father that he will take care of his half-sisters. However, John's greedy wife, Fanny, persuades him to renege on the promise and the Dashwood women soon become the unwelcome guests in Norland Park. Mrs. Dashwood decides to move her family to Barton Cottage in Devonshire, near the home of her cousin, Sir John Middleton.