The Wealth of Nations & The Theory of Moral Sentiments 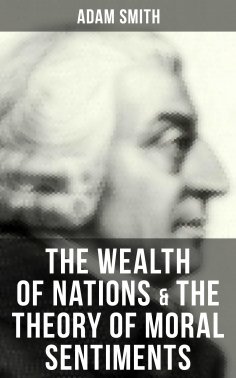 The invisible hand of the market is a metaphor conceived by Adam Smith to describe the self-regulating behavior of the marketplace. The exact phrase is used just three times in Smith's writings, but has come to capture his important claim that individuals' efforts to maximize their own gains in a free market benefits society, even if the ambitious have no benevolent intentions. Smith came up with the two meanings of the phrase from Richard Cantillon who developed both economic applications in his model of the isolated estate. He first introduced the concept in The Theory of Moral Sentiments, written in 1759. In this work, however, the idea of the market is not discussed, and the word "capitalism" is never used. By the time he wrote The Wealth of Nations in 1776, Smith had studied the economic models of the French Physiocrats for many years, and in this work the invisible hand is more directly linked to the concept of the market: specifically that it is competition between buyers and sellers that channels the profit motive of individuals on both sides of the transaction such that improved products are produced and at lower costs.
Adam Smith (1723–1790) was a Scottish economist, philosopher and author as well as a moral philosopher, a pioneer of political economy and a key figure during the Scottish Enlightenment era. Smith is best known for two classic works: The Theory of Moral Sentiments (1759) and An Inquiry into the Nature and Causes of the Wealth of Nations (1776). The latter, usually abbreviated as The Wealth of Nations, is considered his magnum opus and the first modern work of economics.