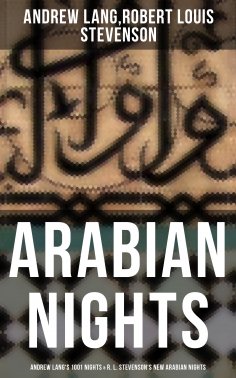 A medieval Middle-Eastern literary epic which tells the story of Scheherazade, a Sassanid Queen, who must relate a series of stories to her malevolent husband, the King, to delay her execution. The stories are told over a period of one thousand and one nights, and every night she ends the story with a suspenseful situation, forcing the King to keep her alive for another day. The individual stories were created over many centuries, by many people and in many styles, and they have become famous in their own right. The Arabian Nights include fairy tales, fables, romances, farces, legends, and parables. They have existed for thousands of years, consisting of tales told in Persia, Arabia, India and Asia. The Arabian Nights (also known as The 1001 Arabian Nights) have inspired writers the world over. There are versions of these stories in many languages and they all convey the great sense of adventure, truth, fantastic imagination, justice, and faith embodied by the great civilizations that contributed stories and ideas to the collection. These are versions translated by Andrew Lang in 1897.
Andrew Lang (31 March 1844 – 20 July 1912) was a Scottish poet, novelist, literary critic, and contributor to the field of anthropology. He is best known as a collector of folk and fairy tales.