A Haunted House & Other Tales 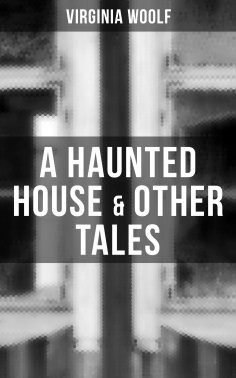 A Haunted House is a 1944 collection of 18 short stories by Virginia Woolf. It was produced by her husband Leonard Woolf after her death. The first six stories appeared in her only previous collection Monday or Tuesday in 1921: "A Haunted House" "Monday or Tuesday" "An Unwritten Novel" "The String Quartet" "Kew Gardens" "The Mark on the Wall" The next six appeared in magazines between 1922 and 1941 : "The New Dress" "The Shooting Party" "Lappin and Lappinova" "Solid Objects" "The Lady in the Looking-Glass" "The Duchess and the Jeweller" The final six were unpublished, although only "Moments of Being" and "The Searchlight" were finally revised by Virginia Woolf herself : "Moments of Being" "The Man who Loved his Kind" "The Searchlight" "The Legacy" "Together and Apart" "A Summing Up"
Adeline Virginia Woolf (25 January 1882 – 28 March 1941) was an English writer who is considered one of the foremost modernists of the twentieth century and a pioneer in the use of stream of consciousness as a narrative device.