RUSSIA IN THE SHADOWS 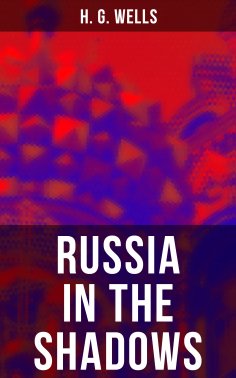 Russia in the Shadows is the title of the book by H. G. Wells published early in 1921, which includes a series of articles previously printed in The Sunday Express in connection with Wells's second visit to Russia in September and October 1920.
Contents: Petersburg in Collapse Drift and Salvage The Quintessence of Bolshevism The Creative Effort in Russia The Petersburg Soviet The Dreamer in the Kremlin The Envoy
Herbert George "H. G." Wells (1866 – 1946) was an English writer, now best known for his work in the science fiction genre. He was also a prolific writer in many other genres, including contemporary novels, history, politics and social commentary, even writing textbooks and rules for war games.