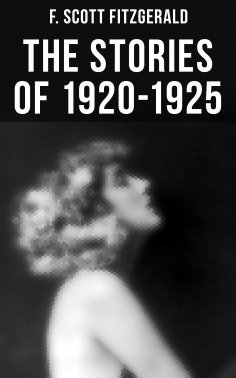 The 1920s proved the most influential decade of Fitzgerald's development. To supplement his income, he turned to writing short stories for such magazines as The Saturday Evening Post, Collier's Weekly, and Esquire magazine, and sold the film rights of his stories and novels to Hollywood studios. He was constantly in financial trouble and often required loans from his literary agent, Harold Ober, and his editor at Scribner's, Maxwell Perkins.
Contents:
Myra Meets his Family.
The Smilers.
The Popular Girl.
Two for A Cent.
Dice, Brassknuckles & Guitar.
Diamond Dick and the First Law of Woman.
The Third Casket.
The Unspeakable Egg.
John Jackson's Arcady.
The Pusher-in-the-Face.
Love in the Night.
One of my Oldest Friends.
A Penny Spent.
Not in the Guidebook.
Francis Scott Key Fitzgerald (1896 – 1940) was an American author of novels and short stories, whose works are the paradigmatic writings of the Jazz Age, a term he coined. He is widely regarded as one of the greatest American writers of the 20th century.