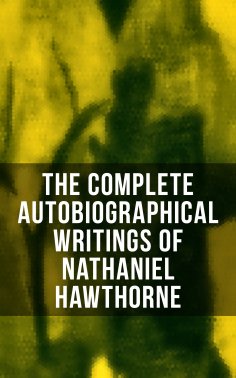 Musaicum Books presents to you this carefully created volume of "The Complete Autobiographical Writings of Nathaniel Hawthorne ". This ebook has been designed and formatted to the highest digital standards and adjusted for readability on all devices.
Nathaniel Hawthorne (1804–1864) was an American novelist and short story writer. His writing centers on New England, many works featuring moral allegories with a Puritan inspiration. His fiction works are considered to be part of Dark romanticism. His themes often centre on the inherent evil and sin of humanity, and his works often have moral messages and deep psychological complexity.
Excerpt:
"My dearest Sophie, I had a parting glimpse of you, Monday forenoon, at your window—and that image abides by me, looking pale, and not so quiet as is your wont. I have reproached myself many times since, because I did not show my face, and then we should both have smiled; and so our reminiscences would have been sunny instead of shadowy. But I believe I was so intent on seeing you, that I forgot all about the desirableness of being myself seen"
Content:
Letters:
Browne's Folly (a letter for the Essex Institute)
Love Letters (To Miss Sophia Peabody) - Volume I&II
Letter to the Editor of the Literary Review
Memoirs:
American Notebooks (Volume I & II)
English Notebooks (Volume I & II)
French and Italian Notebooks (Volume I & II)
Biographies and Reminiscences of Hawthorne:
The Life and Genius of Hawthorne by Frank Preston Stearns
Hawthorne and His Circle by Julian Hawthorne
Memories of Hawthorne by Rose Hawthorne Lathrop
Hawthorne and His Moses by Herman Melville
'Fifty Years of Hawthorne': Four Americans by Henry A. Beers
George Eliot, Hawthorne, Goethe, Heine: My Literary Passions by William Dean Howell
Life of Great Authors by Hattie Tyng Griswold
Yesterday With Authors by James T.