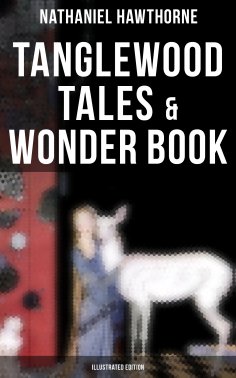 Musaicum Books presents to you this carefully created volume of "Tanglewood Tales & Wonder Book (Illustrated Edition)". This ebook has been designed and formatted to the highest digital standards and adjusted for readability on all devices.
Contents:
Wonder Book For Girls and Boys
Introductory Note
The Gorgon's Head
The Golden Touch
The Paradise Of Children
The Three Golden Apples
The Miraculous Pitcher
The Chimaera
Tanglewood Tales for Girls and Boys:
The Wayside
The Minotaur
The Pygmies
The Dragon's Teeth
Circe's Palace
The Pomegranate Seeds
The Golden Fleece
American novelist and short story writer Nathaniel Hawthorne's (1804-1864) significantly contributed to the Children's Literature. His works are considered to be part of the Romantic movement and, more specifically, Dark romanticism.