The Boy Who Found Christmas 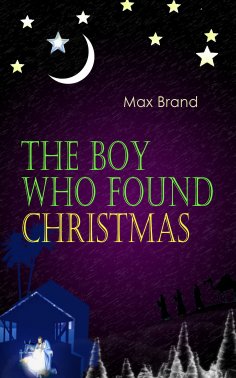 This carefully crafted ebook: "The Boy Who Found Christmas" is formatted for your eReader with a functional and detailed table of contents.
Lew, also known as the Oklahoma Kid, is a twelve year old boy who lost his mother and father and left his aunt's terrible house, in order to take care of himself. At the very young age of seven he joined Missouri Silm's gang of drifters and vagabonds. One day he overhears two ladies mentioning Christmas. Having never heard of it before, he starts asking around, but his gang of hobos couldn't help him understand what it is. Young Lew doesn't want to give up, so he starts his quest to find out what is it so magical about that mysterious day.
Frederick Schiller Faust (1892-1944) was an American author known primarily for his thoughtful and literary Westerns under the pen name Max Brand. Prolific in many genres he wrote historical novels, detective mysteries, pulp fiction stories and many more.