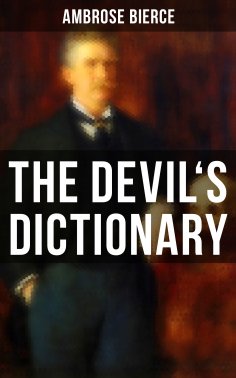 "THE DEVIL'S DICTIONARY" is a classic satire in the form of a dictionary on which Bierce worked for decades. It was originally published in 1906 as The Cynic's Word Book before being retitled in 1911. A number of the definitions are accompanied by satiric verses, many of which are signed with comic pseudonyms. It offers reinterpretations of terms in the English language which lampoon cant and political double-talk as well as other aspects of human foolishness and frailty. The definitions provide satirical, witty and often politically pointed representations of the words that is seeks to "define". The Devil's Dictionary has inspired many imitations both in its day and more recently.
Ambrose Bierce (1842 – 1914?) was an American satirist, critic, poet, editor and journalist. Bierce became a prolific author of short stories often humorous and sometimes bitter or macabre. His dark, sardonic views and vehemence as a critic earned him the nickname, "Bitter Bierce".