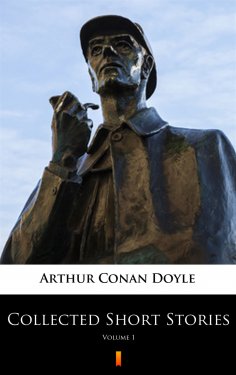 The first volume of the book composes of 2 novels („The Study in Scarlet” and „The Sign of Four”) and 3 compilation of short stories and mini adventures of Sherlock Holmes and John Watson. Each story has a completely different plot which goes on smoothly till the end. Volume 1 includes the early novel „A Study in Scarlet”, which introduced the eccentric genius of Sherlock Holmes to the world. This baffling murder mystery, with the cryptic word Rache written in blood, first brought Holmes together with Dr. John Watson. Next, „The Sign of Four” presents Holmes’s famous „seven percent solution” and the strange puzzle of Mary Morstan in the quintessential locked-room mystery. Also included are Holmes’s feats of extraordinary detection in such famous cases as the chilling „The Adventure of the Speckled Band”, the baffling riddle of „The Musgrave Ritual” and the ingeniously plotted „The Five Orange Pips”. Volume 1 is a great introduction to the character of Sherlock, told from the eyes of Dr. John Watson.