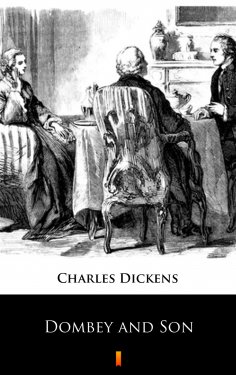 Dombey and Son, Charles Dickens’s story of a powerful man whose callous neglect of his family triggers his professional and personal downfall, showcases the author’s gift for vivid characterization and unfailingly realistic description. Mr. Dombey, a wealthy London merchant, puts all his hopes in his sickly son Paul to succeed him in running the firm, and ignores his good daughter Florence. The firm is nearly ruined by a trusted employee named Carker who also runs away with Dombey’s second wife, the scheming Edith Granger. This was the first novel in which Dickens attempted to portray the upper classes as well as the lower, and it also features strong female characters of all types and moral persuasions, if not a lot of depth. Another primary theme played out by various characters is the way in which adults mold (and ruin) their children.