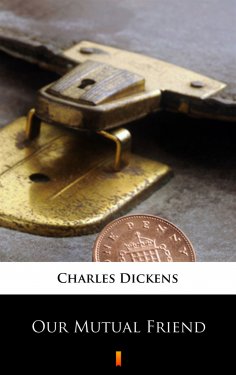 The tongues of London high society gossips begin to wag when John Harmon --a young man whose inheritance depended on his marrying a woman he had never met-- is found dead in the River Thames. The fortune passes into the hands of the working-class Boffins, who take into their new home both Bella Wilfer (Harmon’s would-be bride), and a mysterious secretary known as Rokesmith. Meanwhile, Lizzie Hexam, the daughter of the boatman suspected of Harmon’s murder, is pursued by two suitors: obsessive and self-righteous Bradley Headstone and roguish and lethargic Eugene Wrayburn. „Our Mutual Friend” is one of the most sophisticated and sadly the last novel by Charles Dickens with a rare combination of social insight and psychological analysis.The main focus of the novel is on the significance of money in an individual’s life but also stresses on the fact that one should never ignore human values in the face of money.