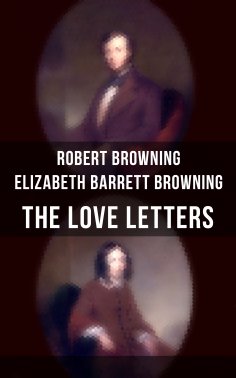 In 1845, Browning met the poet Elizabeth Barrett, six years his elder, who lived as a semi-invalid in her father's house in Wimpole Street, London. They began regularly corresponding and gradually a romance developed between them, leading to their marriage and journey to Italy (for Elizabeth's health) on 12 September 1846. The marriage was initially secret because Elizabeth's domineering father disapproved of marriage for any of his children. Mr. Barrett disinherited Elizabeth, as he did for each of his children who married: "The Mrs. Browning of popular imagination was a sweet, innocent young woman who suffered endless cruelties at the hands of a tyrannical papa but who nonetheless had the good fortune to fall in love with a dashing and handsome poet named Robert Browning."
Elizabeth Barrett Browning (1806 - 1861) was one of the most prominent English poets of the Victorian era. Her poetry was widely popular in both Britain and the United States during her lifetime.
Robert Browning (1812-1889) was an English poet and playwright whose mastery of dramatic verse, and in particular the dramatic monologue, made him one of the foremost Victorian poets.