THE LETTERS OF F. SCOTT FITZGERALD 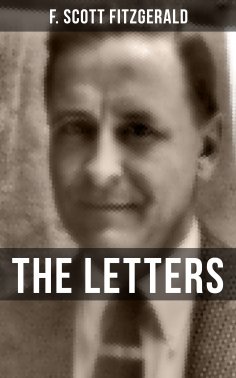 This unique eBook edition of F. Scott Fitzgerald's collected letters has been formatted to the highest digital standards and adjusted for readability on all devices.
Francis Scott Key Fitzgerald (1896-1940) was an American author of novels and short stories, whose works are the paradigmatic writings of the Jazz Age. He is widely regarded as one of the greatest American writers of the 20th century. Fitzgerald is considered a member of the "Lost Generation" of the 1920s.
Excerpt:
"To Ernest Hemingway:
Dear Ernest,
Your stories were great (in April Scribners). But like me you must beware Conrad rhythms in direct quotation from characters, especially if you're pointing a single phrase and making a man live by it 'In the fall the war was always there but we did not go to it any more' is one of the most beautiful prose sentences I've ever read. So much has happened to me lately that I despair of ever assimilating it - or forgetting it, which is the same thing. I hate to think of your being hard up. Please use this if it would help. The Atlantic will pay about $200.00, I suppose. I'll get in touch with Perkins about it…"
Table of Contents:
To Zelda Fitzgerald
To Ernest Hemingway
To Frances Scott Fitzgerald
To Maxwell Perkins
To John Peale Bishop
To Mrs Bayard Turnbull
To Christian Gauss
To Harold Ober
To Mrs Richard Taylor
To Edmund Wilson
To Gerald and Sara Murphy
Other Letters