Absolution - a false start to The Great Gatsby 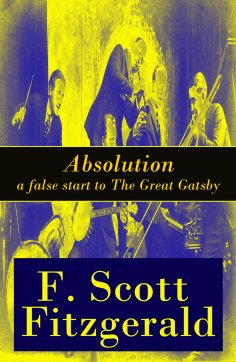 This carefully crafted ebook: "Absolution - a false start to The Great Gatsby" is formatted for your eReader with a functional and detailed table of contents. With The Great Gatsby, Fitzgerald made a conscious departure from the writing process of his previous novels. He started planning it in June 1922, after completing his play The Vegetable and began composing The Great Gatsby in 1923. He ended up discarding most of it as a false start, some of which resurfaced in the story "Absolution." Unlike his previous works, Fitzgerald intended to edit and reshape Gatsby thoroughly, believing that it held the potential to launch him toward literary acclaim. He told his editor Maxwell Perkins that the novel was a "consciously artistic achievement" and a "purely creative work — not trashy imaginings as in my stories but the sustained imagination of a sincere and yet radiant world." He added later, during editing, that he felt "an enormous power in me now, more than I've ever had." The Great Gatsby takes place in 1922, during the Roaring Twenties, a time of prosperity in the United States after World War I. It is widely regarded as a "Great American Novel" and a literary classic, capturing the essence of an era. Francis Scott Key Fitzgerald (1896 – 1940) was an American author of novels and short stories, whose works are the paradigmatic writings of the Jazz Age, a term he coined. He is widely regarded as one of the greatest American writers of the 20th century.