The Portrait of a Lady (The Unabridged Edition) 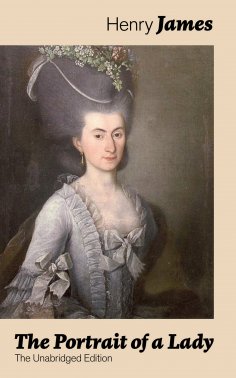 This carefully crafted ebook: "The Portrait of a Lady (The Unabridged Edition)” is formatted for your eReader with a functional and detailed table of contents. The Portrait of a Lady is one of James's most popular long novels, and is regarded by critics as one of his finest. The Portrait of a Lady is the story of a spirited young American woman, Isabel Archer, who in "affronting her destiny", finds it overwhelming. She inherits a large amount of money and subsequently becomes the victim of Machiavellian scheming by two American expatriates. Like many of James's novels, it is set in Europe, mostly England and Italy. Generally regarded as the masterpiece of James's early period, this novel reflects James's continuing interest in the differences between the New WORLD and the Old, often to the detriment of the former. It also treats in a profound way the themes of personal freedom, responsibility, and betrayal. Henry James (1843–1916) was an American-British writer who spent most of his writing career in Britain. He is regarded as one of the key figures of 19th-century literary realism.