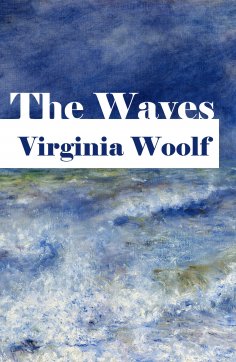 This carefully crafted ebook: "The Waves" is formatted for your eReader with a functional and detailed table of contents. The book is Virginia Woolf's most experimental novel, first published in 1931. It consists of soliloquies spoken by the book's six characters: Bernard, Susan, Rhoda, Neville, Jinny, and Louis. Also important is Percival, the seventh character, though readers never hear him speak through his own voice. The monologues that span the characters' lives are broken up by nine brief third-person interludes detailing a coastal scene at varying stages in a day from sunrise to sunset. As the six characters or "voices" alternately speak, Woolf explores concepts of individuality, self, and community. Each character is distinct, yet together they compose a gestalt about a silent central consciousness. Bernard is a story-teller, always seeking some elusive and apt phrase Louis is an outsider, who seeks acceptance and success; Neville desires love, seeking out a series of men, each of whom become the present object of his transcendent love; Jinny is a socialite, whose Weltanschauung corresponds to her physical, corporeal beauty; Susan flees the city, in preference for the countryside, where she grapples with the thrills and doubts of motherhood; and Rhoda is riddled with self-doubt and anxiety, always rejecting and indicting human compromise, always seeking out solitude. Percival is the god-like but morally flawed hero of the other six, who dies midway through the novel on an imperialist quest in British-dominated colonial India. Although Percival never speaks through a monologue of his own in The Waves, readers learn about him in detail as the other six characters repeatedly describe and reflect on him throughout the book. The novel follows its six narrators from childhood through adulthood.