The Collected Parody and Humor Prose of F. Scott Fitzgerald 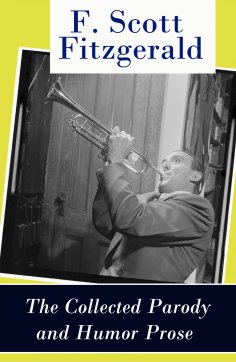 This carefully crafted ebook: "The Collected Parody and Humor Prose of F. Scott Fitzgerald" is formatted for your eReader with a functional and detailed table of contents. Table of Contents: Little Minnie McCloskey. The Old Frontiersman. The Diary of A Sophomore. The Prince of Pests. Cedric the Stoker. This Is a Magazine. Reminiscenses of Donald Stewart. Some Stories They Like to Tell Again. The most Disgraceful Thing I ever Did. Salesmanship in the Champs-Elysées. The True Story of Appomattox. A Book of One's Own. The Pampered Men. Francis Scott Key Fitzgerald (1896 – 1940) was an American writer of novels and short stories, whose works have been seen as evocative of the Jazz Age, a term he himself allegedly coined. He is regarded as one of the greatest twentieth century writers. Fitzgerald was of the self-styled "Lost Generation," Americans born in the 1890s who came of age during World War I. He finished four novels, left a fifth unfinished, and wrote dozens of short stories that treat themes of youth, despair, and age. He was married to Zelda Fitzgerald.